Farmers Mutual Hail's President and CEO Ron Rutledge will retire this coming December after a 40-year career at FMH. 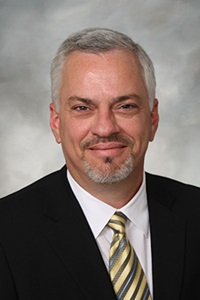 (West Des Moines, Iowa – June 15, 2021) - Farmers Mutual Hail Insurance Company of Iowa (FMH) has announced that Ronald Rutledge will retire from his position as President and Chief Executive Officer effective December 30, 2021. Rutledge has led the national farm insurance company since January 2011 and has been with the company for 40 years. He will remain in his role as Chairman of the company’s Board of Directors, as well as continue serving on his current industry board seats.

Ronald Rutledge will be succeeded by Shannon Rutledge, who is currently Executive Vice President and Chief Operating Officer, as well as Secretary and member of the company’s Board of Directors.

“Under Ron’s leadership, FMH has experienced unprecedented growth and innovation. The company added a Property & Casualty division in 2011 and grew from a regional crop insurance provider to a national crop insurance provider after the acquisition of John Deere Insurance Company in 2015,” said Shannon Rutledge. “With FMH Precision Crop Insurance Solutions™– developed during his tenure as president – FMH now leads the industry in enhancing crop insurance with more accurate coverage and faster claims using precision ag data.”

Over the past decade, Farmers Mutual Hail’s written premium has doubled from $500 million to over $1 billion, and surplus has similarly grown from $300 million to $450 million.

“I will definitely miss my FMH and industry colleagues, however the time is right to step out of the day-to-day leadership of the company and turn those duties over to Shannon,” said Ron Rutledge of his upcoming retirement. “Our company is in a great financial position, and I have the highest confidence in Shannon and the FMH management team. Shannon can now execute his vision for the company while I continue to lend my support and expertise as the Chairman of the Board.”