“Something that usually would take me 20 hours all together only took me about 5 hours. I was able to do the entire claim without having to meet the farmer in person until it was time for the farmer to sign the claim,” said FMH Adjuster Jerry Krosbakken.

FMH Adjuster Jerry Krosbakken shaved about 15 hours off a claim adjustment this past fall by using FMH Precision Crop Insurance Solutions™. Additionally, he was able to reduce his number of meetings with the insured to just one face-to-face appointment, a significant advantage during a pandemic.

When Krosbakken received the contract summary for a North Dakota policy, it looked like the standard soybean production loss report. The loss triggered a claim for both the insured’s MPCI policy and RAMP policy – and he noticed the policy was flagged as precision. Knowing this would be a precision claim, Krosbakken was able to start the adjustment process right away.

He started by pulling the planting and harvest maps from the FMH system. If an insured submits their precision data for acreage and production reporting, there is no need for the adjuster to request these records from the farmer – which saves time spent processing the claim.

He had also worked the prevent plant claim for this policy earlier in the year, so the acres were already verified. In his preparation, something stood out to him: new breaking ground. Since he hadn’t processed this unit type with precision before, he contacted FMH Precision Tech Specialist Branden Plummer for guidance.

“In this scenario, the farmer had native sod – new breaking ground – where the production needed to be kept separate for four years,” said Plummer. 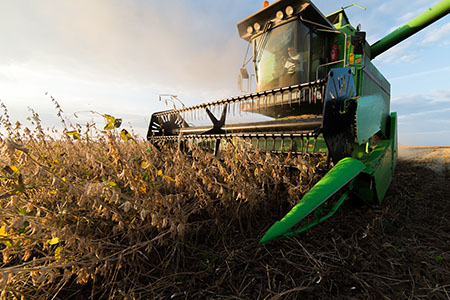 Plummer explained that by using the precision data, they were able to identify the bushels that applied to the new breaking ground, and easily and accurately reported this in the claim. “It did take a little bit of time, but definitely still a win for the insured that we had accurate records,” he said.

Krosbakken then used a copy of the farmer’s calibration report to verify the harvest data accuracy per RMA guidelines and was able to complete his part of the claim in just half a day. All he had left to do was meet with the insured to sign off on the claim.

“Something that usually would take me 20 hours all together only took me about 5 hours. I was able to do the entire claim without having to meet the farmer in person until it was time for the farmer to sign the claim,” he said. “It’s very nice to save that drive time.”

He explained that had he needed to use traditional records his process would have looked very different. “Traditionally, the insured might have his production in bins and at the elevator. So, he or I – with his permission – would have to get the assembly sheets from the elevator, and then I would have to measure the bins,” he said. “If I were lucky, he would have the production designations for each unit. More than likely it would be commingled.”

Krosbakken added how he might also need to request load records, which are usually handwritten notes varying in detail. After gathering all the paperwork, he would then need to put in hours of work allocating the production into the proper units by hand. And then make a second appointment with the farmer.

“This time was a lot faster – and safer,” he said. “Measuring bins isn’t fun. It could be 20 degrees and windy. Some old bins have a ladder but it’s not close to the ground so you’re having to lean a ladder against the bin ladder.”

By using precision data, Krosbakken only had to meet once with the insured to review the claim and obtain his signature – an appointment he said, “really only needs to be about 15 minutes.”

FMH Precision Solutions creates efficiencies for FMH adjusters, which not only saves time for the insured with less paperwork and fewer appointments but can also result in the insured receiving their payment even faster.