Combo Precision-Traditional Claim Processed in Fraction of the Time

Farming isn’t perfect. And while growers strive to capture as much data as possible with precision equipment, things that are out of their control still happen, and they might have partial data at the end of planting or harvest season. So, can FMH still process a precision claim with only a portion of the production data available? The answer is yes! Find out how the process worked for one Colorado family farm. 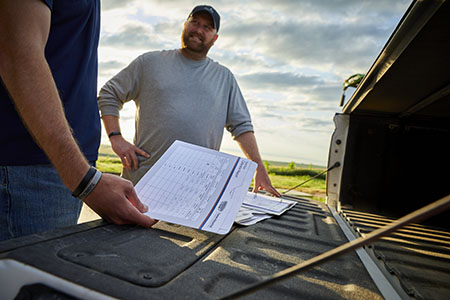 Yuma County farmers Richard and Mark Roth had to beat the weather during their 2019 harvest. With rain in the forecast, a neighbor helped them harvest a pivot, which meant they couldn’t collect that field in their FieldView™ production data.

“I had been down there several times doing hail appraisals. I had their harvest maps in, and that’s when I talked to Mark and Rick and found out we were missing some data on a couple of the maps,” said FMH adjuster Lynne Ferguson.

The father and son operation farms a combined 5,000 acres of corn, dry beans, and wheat, almost entirely irrigated. They have been using precision technology in their operation for years, but only recently started using FMH Precision Crop Insurance Solutions™ to streamline their reporting and claims processes.

When Ferguson received the production claim notification for the Roth farm, she was able to pull maps and FSA records (needed to verify shares in Colorado) and process a majority of the claim prior to contacting the policyholders for an appointment, saving them all some time.

“If the policyholder sends FMH their precision data for acreage and production reporting, we can pull that from the system for the claim,” she explained. “They only need to provide calibration records.”

When she arrived at the farm to complete the claim, she explained that their precision records could be used for most of the claim, and just a portion of it would be verified with traditional methods.

"Instead of measuring 40 bins for them, I only had to measure two," she said. "For me to take the whole thing – from gathering their maps to putting in the production in the claim, and going down and measuring the bins and meeting with them to go over everything – it took less than 8 hours. It took less than a day."

Ferguson added that had all their information been on their precision records, it would have taken even less time. Overall, her time spent with the farmers was only a quarter of the time she would have spent on their farm using traditional methods.

“To measure 40 bins is going to take you anywhere from three to four days, and then you’ve got to put all that information in and transfer it and make sure your bin measurements are close to what the farmer thinks they had. It could take as much as a week,” she explained.

The only additional documentation Mark and Richard needed to provide for the precision claim was their calibration records – which was just as easy as providing their precision data for reporting.

“They have self-calibrating combines. He just takes photos and texts it to me,” said Ferguson. “I tell all my guys that. They say, ‘I always lose my paper I write all my figures on.’ I always tell them – you’re carrying your phone, take a picture!” 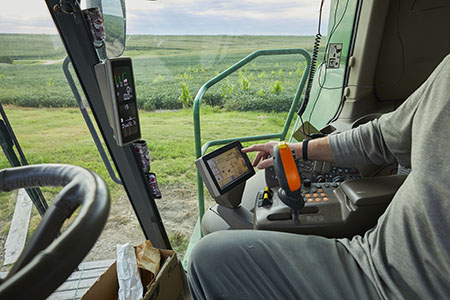 shows the required information, it is still acceptable by RMA. “We just need to see the monitor weight, the scale weight, and moisture percentage for that load. Sometimes we might need to transfer it onto one of our claim reports, but it works,” he said.

Ferguson added that if a farmer is already using precision technology in their operation, using the data they are already collecting for crop insurance is an easy addition that doesn’t take a lot of extra effort. “If farmers calibrate, if they follow directions, if they understand what precision is…It makes a huge difference for them,” she said.