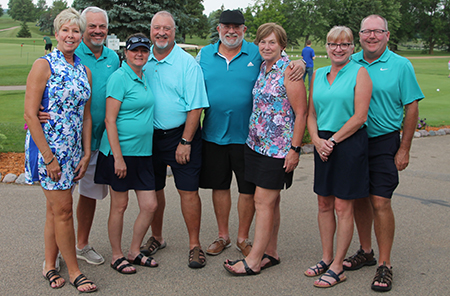 The non-profit, 100-percent-volunteer organization was founded in 2009 by the late Connie Rutledge, sister of current FMH president Ron Rutledge and former FMH president Steve Rutledge, while she was fighting her own personal battle with ovarian cancer. In addition to golf, the event also featured dinner, raffles, and a silent auction, with all proceeds going to benefit regional cancer research institutes.

FMH was a Teal Sponsor of the event and donated $10,000 to the Ovarian Cancer Community Outreach organization in 2019. FMH has donated over $92,000 since the organization’s inception in 2009.

“It is truly an honor and a pleasure to support the continuing efforts of the Ovarian Cancer Community Outreach that was founded by my sister,” said Ron Rutledge. “Connie was a champion at making a difference in peoples’ lives and her legacy is a tribute to her unending quest to help people.”

During the course of Connie Rutledge’s treatment for ovarian cancer, she discovered three important things that shaped the mission of her organization: many women weren’t aware of the symptoms of ovarian cancer, they couldn’t cope with the financial burden of treatment and, finally, she truly believed that finding a cure was possible. These three tenets — awareness, support, and hope — formed the foundation of Connie’s organization. She passed away in September 2010, but the group continues to provide hope and support in her memory. 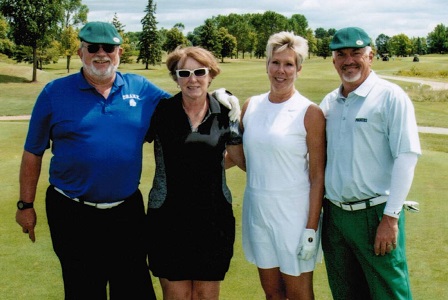 On July 27, supporters of the OCCO teed off at the 9th annual "Tee Up for Cancer" charity golf event in De Pere, Wisconsin.

END_OF_DOCUMENT_TOKEN_TO_BE_REPLACED

On July 31, supporters of the Ovarian Cancer Community Outreach Organization teed off at the 6th annual 'Tee Up for Ovarian Cancer' charity golf event, hosted at Thornberry Creek Golf Course in Oneida, Wisconsin.

END_OF_DOCUMENT_TOKEN_TO_BE_REPLACED

On July 25, supporters of the Ovarian Cancer Community Outreach Organization teed off at the 5th annual 'Tee Up for Ovarian Cancer' charity golf event...