At the start of November, the USDA Risk Management Agency (RMA) finalized the 2014 crop insurance harvest prices at $3.49 per bushel for corn, and $9.65 per bushel for soybeans. That puts corn almost 25 percent below the spring projected price of $4.62 per bushel... 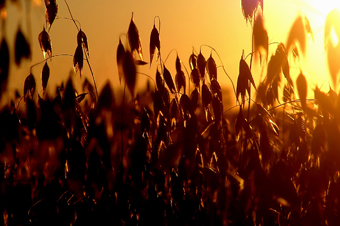 So what does this mean for the crop insurance industry?

“Because harvest prices are substantially less than spring projected prices, relatively high yields will result in crop insurance payments, particularly when coverage levels are 80 percent and 85 percent — the two levels purchased by most farmers,” said Gary Schnitkey, an agricultural economist at the University of Illinois.

Farmers Mutual Hail is expecting an increase of Revenue Protection (RP) claims this year, as well as a significant amount of Yield Protection (YP) claims, since the spring projected prices are used as the payment rate for crop insurance indemnity payments on any yield losses.

The U.S. average corn yield is forecast at 173.4 bushels per acre, 0.8 bushel below the October forecast. “The change in the production forecast is relatively small, but is in the opposite direction of the expected change,” said Darrel Good, an agricultural economist with the University of Illinois at Urbana-Champaign. The U.S. average soybean yield increased slightly from October, with the forecast at 47.5 bushels, 0.4 bushel larger than the previous month.

Other issues to consider with such strong crops will be the pressure on the nation’s storage capacity, which stands around 23 billion bushels divided between on-farm and off-farm grain bins, according to the USDA. “So even if a farmer clears up his inventory by selling surplus corn, it just adds to the general congestion,” said Good.

FMH would like to remind agents that larger farmers who incurred significant crop revenue losses in 2014 should be aware that very high crop insurance gross indemnity payments can trigger audits by FMH, as well as by RMA. These audits can delay crop insurance indemnity payments, especially if producers do not have the required documentation readily available. Documentation may include settlement sheets, yield records, etc., for the past three years, which must be verified to specific farm units.